Dating is an exciting and timely endeavor for younger generations, but fraught with perils for all. One of the greatest fears encountered by dating singles is perhaps that of being rejected. Our human minds and hearts are vulnerable, no doubt about that. So, with our involuntary, innate tendency to seek bonds with people we want to trust, experiencing rejection is more than unpleasant. Rejection may lead to temporary bruises and even lasting injuries.

We all wish for a “piece of cake” marriage, but there isn’t such a thing (at least not to my knowledge). Life, in some respect, is a bruising affair. We all get bruised here and there, perhaps by not getting accepted at that college, or by getting passed over for that job promotion, or by getting sold that used car / lemon. Bruises do hurt – even the mental ones, but the pain will go away and we’re OK after a while. Why, then, would dating be any less tricky?

Injuries are a lot more serious. If not treated, injuries may lead to impairments with permanent hurts. Injuries should be avoided at most costs, and that is what courtship helps with. Courtship, as enacted on the early path of True Love, prompts for respects of the dignity of the two singles instead of allowing one or both to literally fall for the other head over heels – infatuation is not exactly sustainable. Courtship also helps to weed out liars.

… If a young person in your life is rejected by someone they’re interested in, there are two approaches that can be helpful.

The first is to acknowledge just how much rejection sucks and validate whatever they’re feeling. As with break-ups, they could be feeling sad, angry, disappointed, numb, or a host of other emotions. Ask them what they need right then, whether that’s space to listen to sad songs and cry or a sympathetic ear, and offer it if you can. Having a supportive person in their life can take some of the sting out of rejection.

Rejection also offers a chance to talk with the young person about how they can get through and bounce back when they don’t get what they want. Rejection doesn’t solely show up in the romantic parts of life; it crops up in work, in school, in friendships, and all sorts of other places. So, learning to handle rejection early on in life can help them be more resilient as they get older. It also helps them be the kind of person other people feel safe around. If they’re known as the person who was bummed but respectful when turned down for a date, or who was sad but supportive when their friend made the team and they didn’t, they’re going to find that people are more inclined to be around and trust them because they’ve shown they won’t take their disappointment out on everybody else.

When you’re talking to young people about romantic rejection, there are a few different points you can bring up to help them feel better:

Rejection is often about different preferences or needs, not about their inherent worth as a person. Being turned down by a crush doesn’t mean they don’t have lots to offer as an individual; it means the person they approached is looking for something different and that’s okay. There’s a lot of chance involved in finding a person you’re interested in dating who’s also interested in dating you, which means sooner or later everyone gets turned down by someone they like.
The person who rejected them is not the only person in the world. I don’t mean this in the “there are plenty of fish in the sea” way, although that’s certainly true. Rather, it can be helpful to help a young person notice all the people in their life who care about them and do want to spend time with them. That shifts the focus away from the pain of the rejection and onto the more positive feelings of support and affection. This can also be a good time to encourage them to do self-care. Sometimes, when a bunch of energy has been focused on a crush or a romantic relationship, people forget to nurture their relationship with themselves. The period of time that comes after rejection is a great opportunity to do that.
Don’t view it as a dead end. Rejection can feel like opening a door to what you thought was a room full of treasure only to smack face-first into a brick wall. A way to rebound from rejection is to think about the disappointment in new ways. What do you have the opportunity to do now that you know the outcome? Is there anything to learn from the experience?
Rejection is a part of life, and it’s also a sign that you’re living. If you never take the risk of sharing your feelings with someone or asking if they’d like to get to know you better, you never get to the chance to see what might come from those confessions. Rejection is proof that you’re trying, and that you’ve got the courage to keep doing so.
Even if you help the young people in your life learn that rejection is not the end of the world, there’s no guarantee that they won’t turn their anger or disappointment on others. But just because we can’t prevent every negative outcome doesn’t mean we shouldn’t at least try to change the conversations and expectations young people have boundaries and rejection. The more we help young people build a culture where everyone’s boundaries are respected, and no one feels they are owed access to another person, the better chance we have of creating a safer, more peaceful world for generations to come. 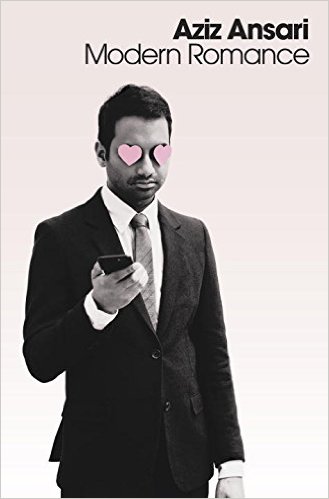 Maybe, maybe not? In any case, you may be interested in reading a “hilarious, thoughtful, and in-depth exploration of the pleasures and […] 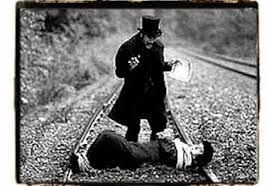 A concerned visitor to or member of TrueLoveSingles might want to read up on the Perils and Pitfalls of Online Dating: How […]

Dating is an exciting and timely endeavor for younger generations, but fraught with perils for all. One of the greatest fears encountered […]