To make it well enough through the perils of life and love, you gotta have some cognitive control and/or religion. We advise you to refrain from bonding with someone who only has next to nothing of this sort, especially if you are a woman. 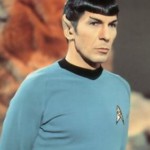 Not all people are endowed equally with a healthy dose of cognitive control. This may be a bit of a problem especially for men, whom’s gender role requires them to be rather “competitive” – for better or worse. The stereotypical gender role for women seems to be “cooperative” – for better or worse. No, we do not really wish to promote stereotypicality.

But having a healthy dose of cognitive control helps any man to be the provider of necessary resources to keep a family afloat. If you are a woman, please excercise enough cognitive control stay away from a man who cannot help but think with his penis most of the time. I know what I am talking about because I do have a penis and am aware of what it wants.

You might say that penises really make the world go ’round, but they do not simply cause all the happiness or satisfaction or fulfillment in the world. 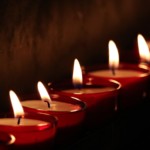 I tried religion as if it was the Truth and nothing but the Truth. Attended a seminary 30 years ago and got my degree in religious education and all. Eventually, religion did not proof itself to me as a metaphysical truth. I see it as a preference nowadays, as a cultural experience with lots of tangible benefits for society. And I can co-exist with religious folks.

Why does it matter?

Religion is a good compensatory tool to cognitive control, that is when cognitive control is lacking a bit here and there and plays a subordinate role to instincts at best. Cognitive control and religion do well working hand-in-hand to keep people steady throughout their span of live.

Why is that? Without cognitive control, or with only little of it, people are subject to their inner drives or instincts, their desires, their moods and emotions – feeble and all. The mind can be a very frail thing, not everybody is sort of head-strong. Spock, a half-Vulcan, was a good example of a character with extreme cognitive control, and as such a rarity by all means.

Well, that is perhaps not all that bad. However, if one finds him or herself mostly to be subjected by one’s own unsavory instincts, wants or desires, and possesses little cognitive control to balance out or override these, then a regimen adopted by adherence to a religion can help to stand a person up.

In any case, when evaluation self or another person for that lasting relationship, it is good to be aware of the frailty of the mind, male or female or anything in between.