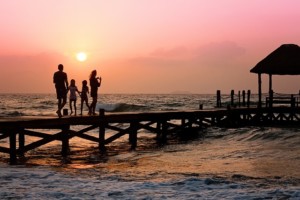 Is that a taboo question for you? To be shunned as being too self-interested. Perhaps for some people, but that does not make the question less relevant.

Even in intimate conversations, most people carefully veil what they are really after in the course of life. When we negotiate for the sake of cooperation, with friend or enemy alike, we do not simply blurt out what we are after. It’s tactless to say the least. Tit-for-tat we are trying to get and get away with what we need or want. We hear each other out, we speak in metaphors, we negotiate, we are getting to agreements step-by-step. That works, but only if you know what you are after.

So, before talking with a promising single about an intimate, lifelong relationship, you first must talk to yourself in all honesty about what you are after. What must you be trying to get away with? In other words, what are your inner-most interests? What is your skin in the game of life and love? How, why and when do you thrive? What makes life worth living for you?

I believe that when one considers the issue of compatibility between two people in terms of interpersonal relationships, these questions become most critical. I do not believe that interpersonal relationships between two people last when they are not much after at least one same thing. Or, when whatever one is really after does have little meaning, purpose or utility to the other. On some level, there better be some reciprocity between two lovers.

Yes, the question of what one is after might be shunned by some as being too self-interested. But without a healthy dose of self-interest, humans could not exist altogether.

Prioritize what you are after

Sure, as most all people, you are after a lot of different things. Which is the most important to you? Have you ever made a list of what these things might be? Have you categorized and prioritized the list items and charted them on a timeline?

And don’t overlook things as things-we-do (actions), like in traveling far and wide, having lots of great sex, working a very successful business, or donating every spare penny to a faith community. Action thingies are often relational.

Meaningful to many, there are visionary things or things of a matter of faith, like the rewards of eternal life in Heaven.

Needless to say, things can also be actual objects of the real world, like a house or a cat.

Most importantly perhaps, things might be states of mind, like being happy, at peace, satisfied or fulfilled. We all want all of that, of course.

But since no one is an island, many things are relational in nature, like trust, friendship, or love. We all want all of that, of course, and all the time.

A follow-up question now looms: what is it that makes you happy, being at peace, satisfied or fulfilled today, in 5 years, in 30 years, or beyond?

The thing about compatibility

I argue that the more the two of you have in common of what you are after, and also the more the two of you share the path of how to get to the things you’re after, the better the relationship will be. The two of may have a lot of ordinary things in common, like a craving for coffee or drama movies. However, if you have, or will come to have, little in common of what you are really after in the course of life, the journey will be difficult.

Which is not to say that common ground cannot be discovered between the two of you later on in the relationship. It is no secret that people change over the years, which presents opportunities. A good read would be well-known psychologist Erik Erikson who “…has articulated a series of eight stages of psychosocial development, in which a healthy developing individual should pass through from infancy to late adulthood.”

All stages are present at birth but only begin to unfold according to both a natural scheme and one’s ecological and cultural upbringing. In each stage, the person confronts, and hopefully masters, new challenges. Each stage builds upon the successful completion of earlier stages. The challenges of stages not successfully completed may be expected to reappear as problems in the future.

However, mastery of a stage is not required to advance to the next stage. The outcome of one stage is not permanent and can be modified by later experiences.”

Too subliminal to know? 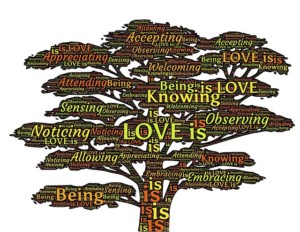 Considering what you are after also gets you quickly into the subliminal. Are you after any relationship because you simply feel incomplete as an individual, or are you after a quick fix to fill a certain hole in your psyche – and not even realizing any of that? Perhaps you are simply compelled to fit in and go along with culture and are not after anything in particular at all.

Most younger people do not really know yet what they are after. It’s something folks often only learn during the living, that is, from trials and errors.

Needless to say, I am not a friend of parents matching their children (young adults). It’s a heavy-handed interpretation of parental obligations, parents are seldom free of bias and preferences. What are most parents capable of doing other than projecting their own wants and needs? What do they know of what their child is or will be after? And a child agreeing to be matched is most likely not ready to know what he or she is in for. Why not wait a few years?

The situation reminds me to much of patriarchal traditions of the past whereas parents arranged marriages. They “traded” female offspring at age 14 to get rich, or arranged marriages to avoid wars. In any case, parent-arranged matchings are ripe for conflicts of interest to create unhappy outcomes.

How to speak about it?

And how does one then speak of what one is after? Is it wise to reveal oneself on a dating site’s profile page? Isn’t frankness too revealing, embarrassing, offending, or even stigmatizing? Yes, it can be.

Answering any questions on a dating site’s profile page should be done with wisdom. A single on this site is advised to sound exuberant enough to excite the interest of another single. The idea is to get included in further considerations by a searching party, and not get excluded right away by appearing to be colorless or handled. What one is after may be revealed in subsequent face-to-face encounters, if at all.

Yes, what one is after may even never need to be spoken about in plain language between promising singles. Perhaps it is communicated and understood by the subliminal mind. Non-verbal communication – body language, tone of voice and the way that these non-verbal expressions often directly contradicted the verbal ones – can tell the real story more than profiles on dating sites.

Face-to-face events are truly indispensable to the process of learning about resonance or “chemistry” between two promising singles.